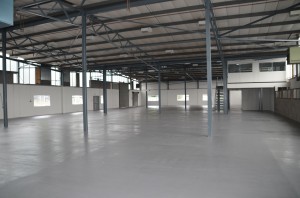 Record Associates have recently concluded a successful dilapidations settlement on behalf of the Landlord for an industrial unit on the outskirts of Shrewsbury. Record Associates were responsible for the preparation of the Terminal Schedule of Dilapidations prior to lease end, finalisation of the Schedule of Dilapidations at lease end, management of the repair and reinstatement works ready for re-letting of the property to a new occupier and settlement of the claim for damages with the Tenant.

The settlement figure was 97.5% of the amount claimed which was due to the careful evaluation and quantification of the damages at the outset so as to reduce the risk of works being undertaken by the Landlord at risk only to achieve a lower settlement figure.

“We are delighted with the outcome of the dilapidations settlement agreed by Julian and the quality of the repairs which were undertaken.  As a property owner it is important that the condition of our properties is maintained to a high standard so that we continue to attract the best tenants and reduce void periods.  Due to the complexities around dilapidations we have also had instances where the value of the settlement was less than the value of the works so it was particularly pleasing that Julian was able to recover the whole value of the works”