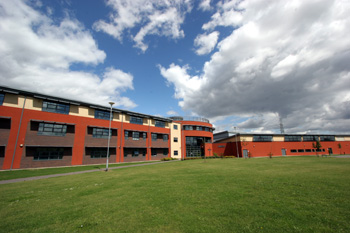 Details
Drivers Jonas Deloitte were appointed by the PFI provider to act as project manager and employers agent for the delivery of this new 1300 pupil secondary school in a former mining area which was contaminated with mine shafts.

The new facilities which provide a gross internal floor area of 12,500sq.m include classrooms, laboratories, a chapel, a dining / assembly hall, an indoor sports hall, self contained music block and all weather games courts plus a GOALS third party sports facility which shares the sports facilities with the school under a community use agreement.

Drivers Jonas Deloitte was also appointed by the bank to provide pre-financial close due diligence and monitor the works throughout construction. Our third role involved the independent certification of the facilities at works completion.

The works were completed on time and within budget